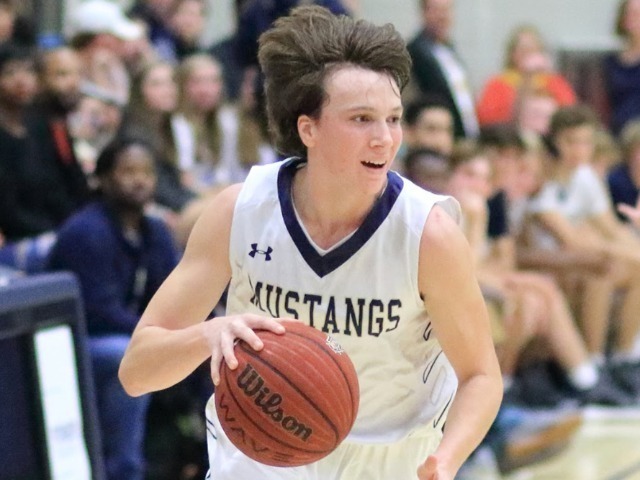 Mount Vernon led 20-13 at the end of the first quarter and outscored the Knights 16-12 in the second period for a 36-25 halftime lead.

The Knights pulled within one point three times in the third quarter at 50-49, 53-52 and 55-54 with just over two minutes remaining.

Mount Vernon would end the game on a 15-4 run to preserve the lead and take the game outright.

Mount Vernon finished with eight 3-pointers, led by the three of Morgan Mulrain, who also paced the team in scoring with 17 points.

Jordan Wicker and Justin Douglas also notched double-figures in scoring with 14 and 10, respectively.

The Knights dropped in six 3-pointers in the loss.

Hamilton Walker led the Knights with 17 points while teammates Trey Watson and Ben Hembree each added 12.

With the win, the Mustangs are now 2-0 all-time against King's Academy, taking the second meeting in the series dating back to 2011.

The Mustangs (2-1) return to action on Friday, Nov. 30, traveling to Columbus, Ga. to take on the Brookstone School Cougars.