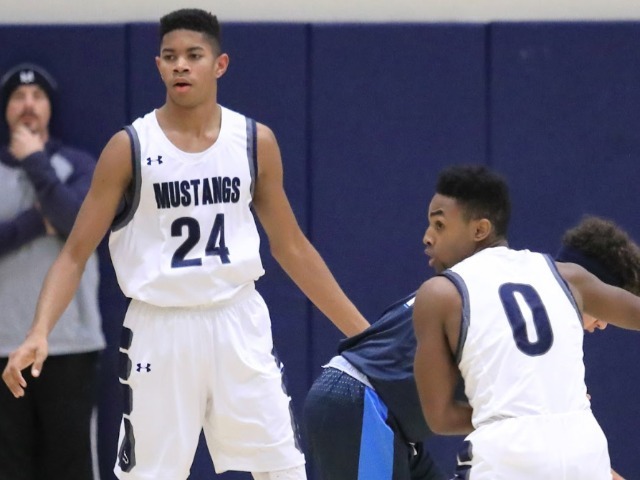 ATLANTA - The Mount Vernon varsity girls and boys basketball teams were in action over the weekend, competing in the final two regular season games on the road at Atlanta International on Friday, Feb. 1, before taking on Cross Keys on Saturday, Feb. 2.

In the second half, the Mustangs put away the game for good, outscoring the Eagles 45-17 to take the victory.

Jordan Wicker paced the Mustangs with 30 points, including four made 3-pointers.

On Saturday, Mount Vernon handled Cross Keys with ease, coming away with an 86-18 victory to sweep the season series.

Andrew Douglas led the way for the Mustangs with 21 points, including 10 points in the final quarter.

In varsity girls play, the Mustangs fell to Atlanta International on Friday night 63-50.

The Mustangs trailed 17-8 at the end of the first quarter and 39-24 at intermission.

Mount Vernon won the second half 26-24, but it wasn't enough to dig out of an early hole.

On Saturday, the Mustangs claimed a 64-11 win over Cross Keys to close out the regular season.

Mount Vernon led 36-11 at halftime and held the Indians to just four points in the second half.

Alex Bloodworth led the way with 13 points while Peterson notched 12.

Check www.mountvernonathletics.com and @MV_Athletics on Twitter for updates on the Mustangs in the region tournament.