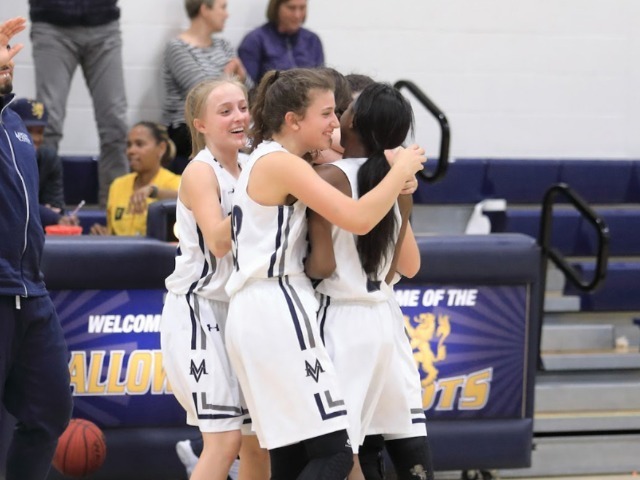 ATLANTA - The Mount Vernon varsity girls basketball team erased an eight point deficit in the second half to take down the WD Mohammed Caliphs 44-41 on Monday night, Feb. 4, at the Galloway School in the first round on the Region 5-1A Tournament.

Mount Vernon's offense was slow to start, scoring just 12 points in the first half.

But in the second half, the Mustangs fired on all cylinders, outscoring the Caliphs 32-21 to earn the victory and advance to the second round of play.

Katieanne Peterson led the squad in scoring with 15 points, including one made 3-pointer.

Teammate Alex Bloodworth was also in double figures with 10 points, all coming in the second half.

The Mustangs will now take on the Paideia School Pythons on Tuesday, Feb. 5, at Galloway.

Paideia took the regular season meeting 54-37 back on Jan. 8.

Tip off for Tuesday's region tournament contest is scheduled for 6:30 p.m.

Check @MV_Athletics on Twitter and www.mountvernonathletics.com for updates for the varsity girls basketball team in the Region 5-1A Tournament.