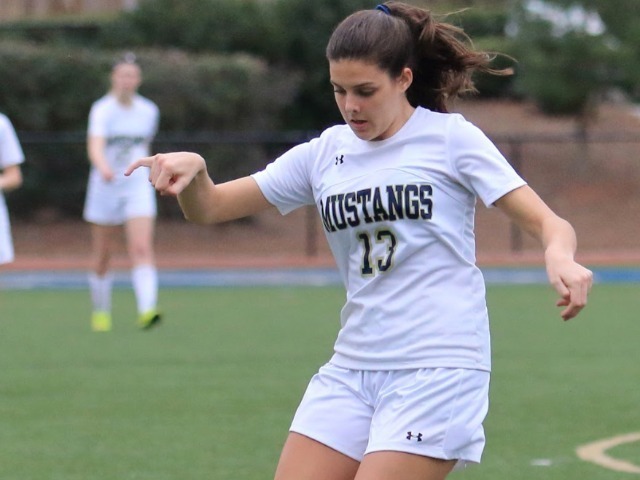 ALPHARETTA, Ga. - The Mount Vernon varsity girls soccer team (4-0) picked up is fourth victory in as many tries on Thursday afternoon, taking down the King's Ridge Tigers 3-1 on the road.

Gracie Hudgins scored three minutes later off a bounced kick for a 2-0 lead.

The Mustangs allowed one goal in the first half and led 2-1 at halftime.

In the second half, the Mustangs added to their lead with 24 minutes to play in the match when Audrey O'Toole assisted another Hudgins score for a 3-1 edge.

The Mustang defense held strong over the final 23 minutes, allowing no goals to take the victory.

The Mustangs return to the pitch on Friday, Feb. 15, hosting the St. Francis Knights.

Kickoff is scheduled for 3 p.m. at the Glenn Campus Soccer Field.