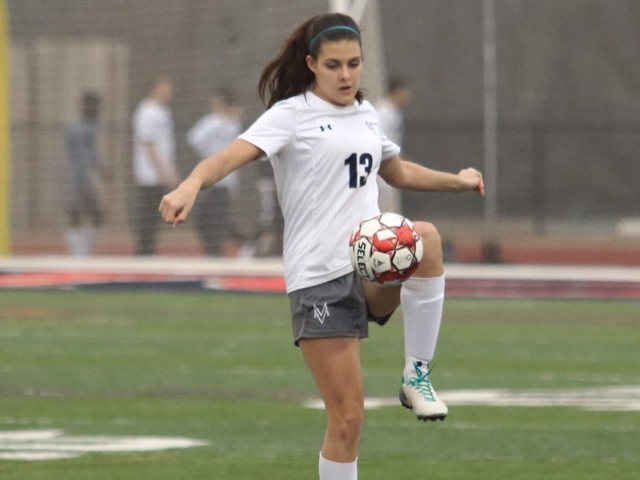 The Mustangs scored two goals in the first half to take a commanding lead in the match.

Five minutes in, Madeline Hudgins assisted Audrey O'Toole for a goal to make it a 1-0 Mustang lead.

Five minutes later, Madeline Hudgins picked up another assist to the same scorer, as O'Toole knocked in her second goal of her hat trick for a 2-0 lead.

Mount Vernon played sound defensively for the remainder of the half and led 2-0 at intermission.

In the second period, Hannah Hagenau sent a corner into the box and Gracie Hudgins capitalized with 33 minutes to play for a 3-0 Mustang lead.

The final goal of the contest came when Madeline Hudgins assisted O'Toole for a 4-0 edge with four minutes to play in the match.

With the win, the Mustangs (7-1) have now outscored opponents 46-4 this season.

The Mustangs return to the pitch after Interim and Spring Break on Tuesday, March 19, hosting the Paideia School Pythons.

Kickoff is scheduled for 5 p.m. at the Glenn Campus Soccer Field.