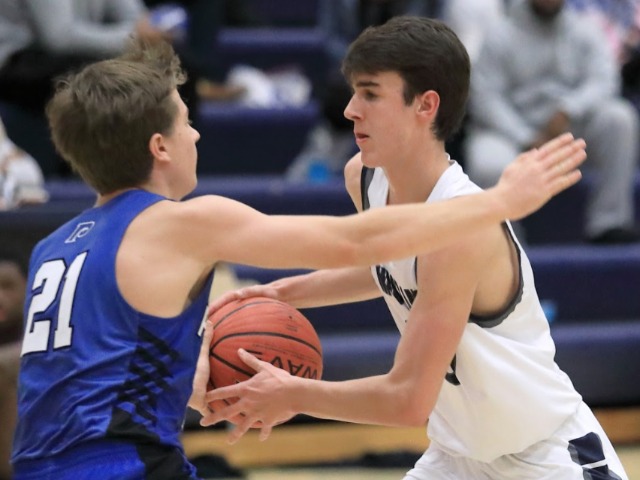 ATLANTA - The Mount Vernon varsity boys basketball team picked up its first region victory of the season on Tuesday night, Dec. 10, defeating the Atlanta International School Eagles 70-23 on the road.

Mount Vernon jumped out to a 15-2 lead by the end of the first quarter and ended the half on an impressive 24-6 run to go ahead 39-8 at halftime.

The Mustangs won the second half 31-13 to seal the win.

Jordan Wicker led the Mustangs in scoring with 17 points while also pulling down four rebounds.

Jayden Lewis led the Eagles in scoring with 11 points.

Mount Vernon capitalized from behind the arc throughout the game, pouring in ten 3-pointers in the contest while limiting the Eagles to just two.

Tip-off against the Bees (3-1) is scheduled for 6 p.m. at the Upper Campus Gymnasium.