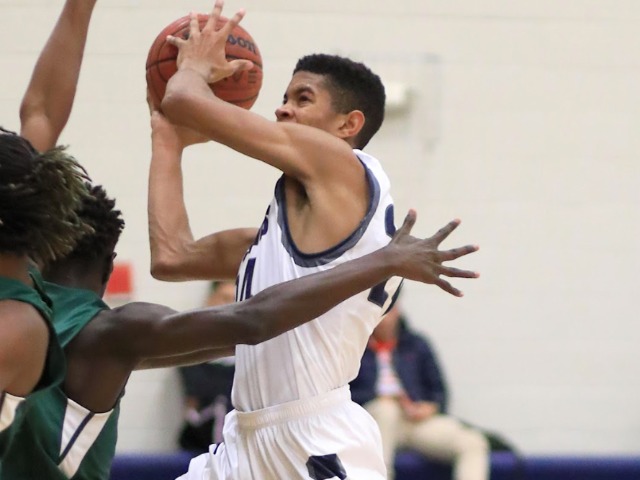 ATLANTA - The Mount Vernon varsity girls and boys were in action over the weekend, with the varsity boys competing against Box Elder (Utah) and Mt. Pisgah while the girls faced Mt. Pisgah.

Harris added 10 assists and Hammond netted a whopping 19 rebounds to record a double-double as well.

On Saturday, Dec. 14, the varsity girls fell to Mt. Pisgah 58-42 at the Upper Campus Gymnasium.

Mount Vernon led 14-13 at the end of the first period but the Patriots went on a 32-10 run over the second the third quarters to take the lead for good.

Katieanne Peterson led the Mustangs in scoring with 23, including hitting four 3-pointers.

The varsity boys fell to the Patriots in the finale on Saturday afternoon 59-45.

The Mustangs trailed 13-10 at the end of the first quarter and 29-18 at intermission.

Mount Vernon pulled close multiple times in the second half, but the Patriots ended the game on an 18-15 run to preserve the lead and victory.

Morge led the Mustangs in scoring with 12 points while collecting eight rebounds.

The varsity girls (3-5) return to action on Wednesday, Dec. 18, hosting the Atlanta Girls School at 4:45 p.m. at the Upper Campus Gymnasium.

The varsity boys (5-2) will travel to Panama City Beach, FL for the Beach Bash Tournament Dec. 20-21.

Check www.mountvernonathletics.com and @MV_Athletics on Twitter for updates on the Mustangs throughout the holiday break.