WINNING STREAK AT THREE AS MUSTANGS PICK UP ROAD WIN AT MARIST, 45-43 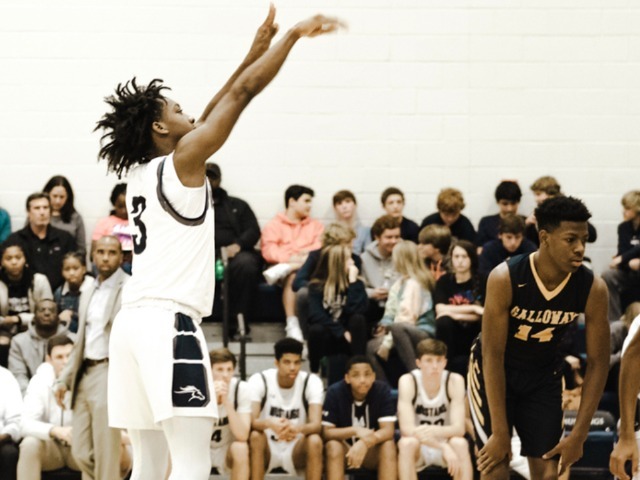 ATLANTA - After a pair of blowout victories against Whitefield Academy and Atlanta Jewish Academy , the Mount Vernon varsity boys basketball team continued its winning ways on Wednesday night, Dec. 9, defeating the 4A Marist War Eagles on the road 45-43.

A back and forth affair all night, the Mustangs led 9-7 at the end of the first quarter.

The War Eagles outscored the Mustangs in the third period 12-9 for a 35-32 advantage.

But the Mustangs had the final blow in the fourth quarter, finishing the game on a 13-8 run to take the victory.

Williams brought down 10 rebounds for a double-double while recording six blocks as well.

AJ Patterson led the team in assists with seven.