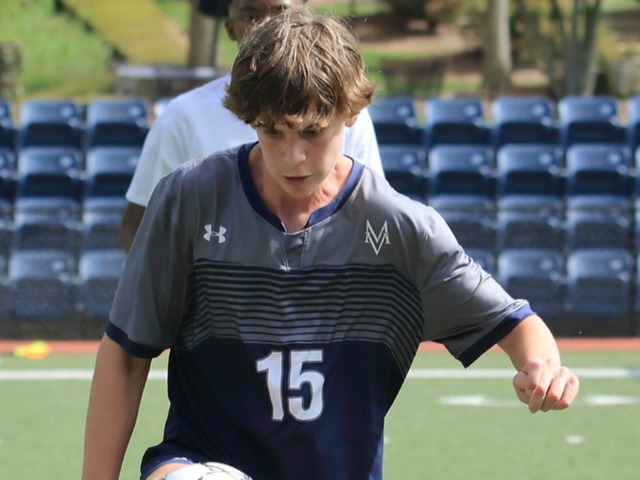 In the boys game, the Mustangs scored first 16 minutes into the match on a goal by Liam O'Leary.

After leading 1-0 at halftime, Parker Hollosi added two quick goals in the second period (one at 36:43 and the other at 34:16) to give the Mustangs a commanding 3-0 lead.

The last goal of the match came from Trey Tiffin, who knocked in a deflection in the box for a 4-0 Mustang edge.

The Mount Vernon defense was also on point, allowing no goals en route to earning its fourth shutout of the season.

With the win, the Mustangs have now won two straight matches and seven of their last eight.

In the varsity girls match, the Mustangs also claimed a 4-0 victory.

The Mustangs struck less than three minutes into the match when Emery Hoffman scored on a direct kick for a 1-0 Mustang lead.

Mount Vernon's second goal of the opening period came with 11:39 remaining when Hoffman found Emily Raeside for a 2-0 lead.

In the second half, the Mustangs put the match away for good with two more goals.

Kate McGee assisted Audrey O'Toole at the 35:03 mark of the second half followed by a Taylor Keller direct kick score from 30-yards with 24:25 to play in the match.

With the victory, the Mustangs have won two consecutive contests and five of their last six.

The varsity girls (6-2) and varsity boys (7-3) are back on the pitch on Tuesday, April 6, traveling to Galloway for another Region 5-1A showdown.

First kick against the Scots for the varsity girls match is scheduled for 4 p.m. with the varsity boys to follow at 5:45 p.m. at the Galloway Athletic Complex.