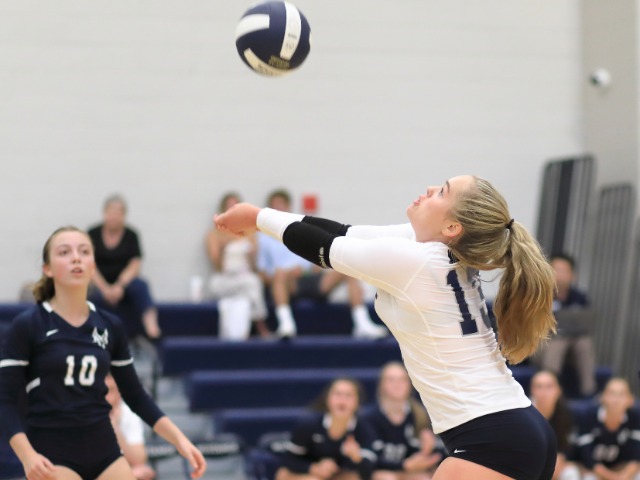 In the first match of the night, the Mustangs took the first set 25-21 and slammed the door to complete the match victory with a 25-6 win in the second set.

Kate Dawson paced the Mustangs with eight digs as well.

Mount Vernon is now 4-1 in region play and has won seven of its last 10 matches dating back to August 27.

The Mustangs are back on the court on Thursday, Sept. 8 hosting a tri-match against Whitefield Academy and Atlanta International.

First serve against the Wolfpack is scheduled for 5:30 p.m. and against the Eagles at 7:30 p.m. at Mount Vernon's Upper Campus Gymnasium.