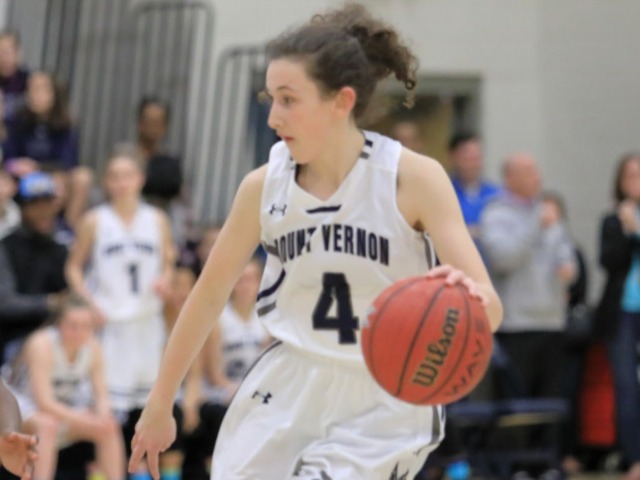 SANDY SPRINGS, Ga - The Mount Vernon varsity girls basketball team claimed a 71-21 victory over the Furtah Prep Falcons on Friday night, Dec. 14, at the Glenn Campus Gymnasium to sweep the season series and push its winning streak to two games.

Mount Vernon fired on all cylinders early, outscoring Furtah Prep 33-3 at the end of the first period.

In the second quarter, the Mustangs added 17 more points while limiting the Falcons to just two points for a 50-5 commanding lead at halftime.

In the second half, Mount Vernon outscored the Falcons 21-16 to seal the win.

The junior was also dialed in from long distance, knocking in six 3-pointers.

The Mustangs return to action after Christmas with three games scheduled Dec. 27-29 at the Battle of Buckhead Tournament hosted by Galloway.

Check www.mountvernonathletics.com and @MV_Athletics on Twitter for updates on the Mustangs in the Battle of Buckhead Tournament.