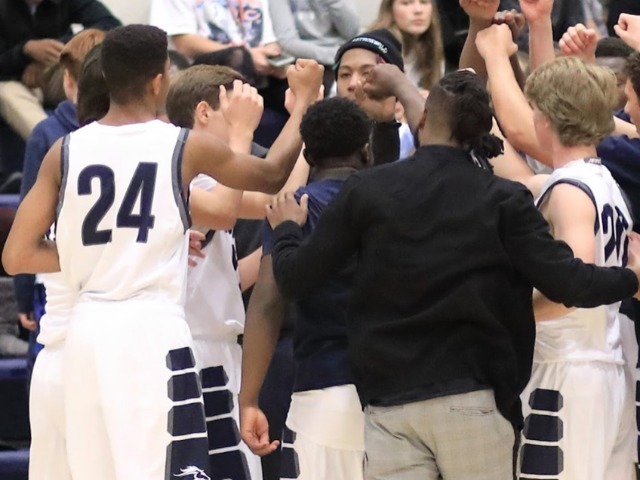 ATLANTA - The Mount Vernon varsity girls and boys basketball teams started 2019 on the right foot, sweeping the WD Mohammed Caliphs on the road to open up Region 5-1A play on Friday night, Jan. 4.

The Mustangs jumped out to an 11-9 lead after the first quarter but a 9-8 run by the Caliphs cut the Mount Vernon lead to one at 19-18 at halftime.

Both squads battled to a 10-10 draw in the third period with Mount Vernon still securing the lead at 29-28.

The Mustangs held on for the victory in the final frame with a 12-11 spurt to end a two-game slide.

Emily Bloodworth rounded out the scoring leaders for the Mustangs with nine points.

Both teams battled to a 13-13 tie after the first quarter but Mount Vernon ended the half on an 11-7 run for a 24-20 lead at intermission.

The Mustangs and Caliphs battled back and forth in the third frame, with Mount Vernon winning the period 19-17 for a 43-37 advantage heading into the final quarter.

The Mustangs held on for the win the fourth quarter, surviving an 18-15 spurt by the Caliphs for the victory.

Justin Douglas led the Mustangs in scoring with 20 points that included a whopping five 3-pointers.

The varsity girls and boys basketball teams are back in action on Tuesday, Jan. 8, hosting the Paideia School Pythons in another region battle.

Tip off for the varsity girls game is slated for 6:30 p.m. with the varsity boys to follow at 8 p.m. at the Glenn Campus Gymnasium.