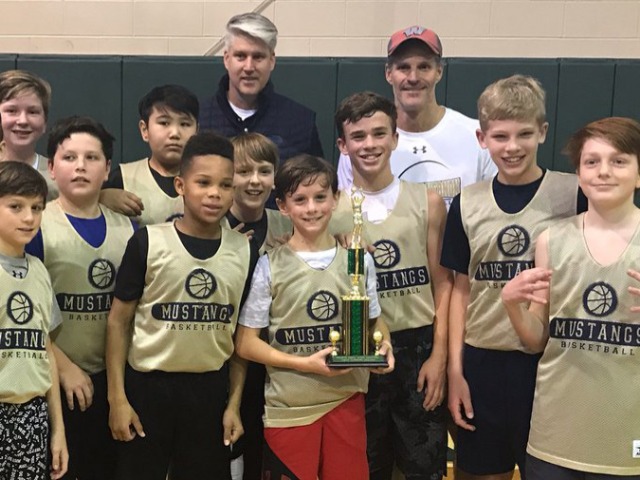 On Saturday morning, Feb. 2, the Mustangs knocked off Mt. Pisgah 42-30 in the semifinals to advance to the Championship game against Providence.

After trailing throughout much of the game, including a 25-24 at the end of the third quarter, the Mustangs outscored their opponent 20-9 in the fourth period to take the title.

Added Pierce: "We have made it a habit of waiting until the fourth quarter to crank it up. All around it was an awesome effort by everyone when things started going our way in the last quarter."