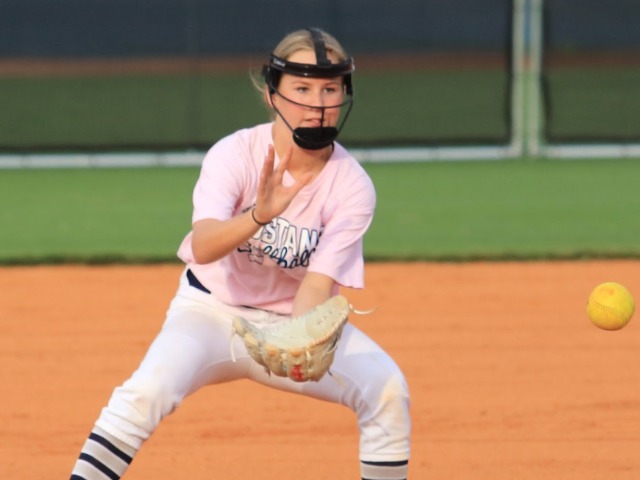 Mount Vernon led 1-0 after the first inning after Sarah Schab hit a sacrifice fly to right field to bring home Bella Dishman for an early edge.

In the top of the second inning, the Mustangs pushed their lead to 2-0 when Ruby Burnett scored on a passed ball.

But Mount Vernon pushed across seven runs in the top fo the fourth inning to reclaim the lead at 9-7.

Savanna Messner and Dishman and drew bases loaded walks followed by a Karley Crim score on a wild pitch to pull within two runs.

The Mustangs tied the game at 7-7 when Dishman came home another Wildcat wild pitch.

The lead was short-lived though.

Dunwoody responded with eight runs in the bottom of the fourth to lead 15-9.

In the bottom of the fifth, the Wildcats added two more runs to bring the run rule into effect to end the game at 17-9.

The Mustangs (4-5) return home to take on the 5A Miller Grove Wolverines on Tuesday, August 27.

First pitch is scheduled for 5:30 p.m. at the Upper Campus Softball Field.