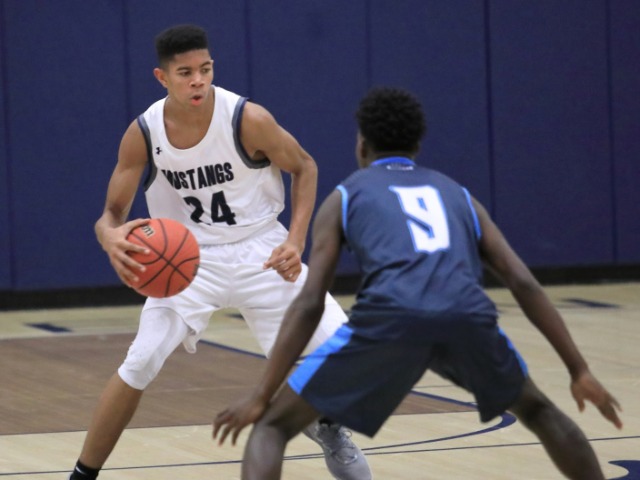 Mount Vernon jumped out to what seemed a commanding lead in the first period, outscoring the Eagles 28-9.

But Grace Christian battled back, holding the Mustangs to seven points in the second quarter while putting up 20 on offense for a 35-29 Mustang lead at halftime.

The Mustangs controlled the second half and held the Eagles at bay finishing the game on a 24-20 run to pick up the victory.

Four players were in double figures for Mount Vernon, led by the 18 of Alex Morge. Morge also totaled four rebounds and three steals in the winning bid.

The Mustangs capitalized from downtown as well, hitting nine 3-pointers.

R. French and V. Jones led the Eagles in scoring with 12 and 11, respectively.

Tip-off against the 1A Paladins is scheduled for 7:30 p.m. at Mount Vernon's Upper Campus Gymnasium.