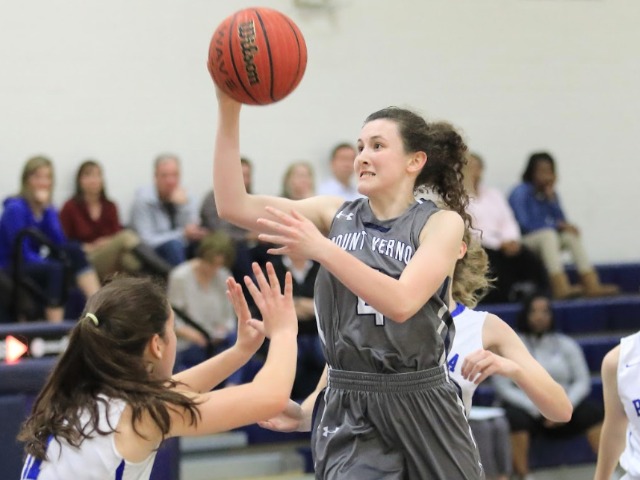 ATLANTA - The Mount Vernon varsity girls basketball team picked up an opening round victory in the Region 5-1A Tournament, defeating the WD Mohammed Caliphs 46-26 on Monday evening at the Galloway School.

Both squads struggled offensively in the third period, but Mount Vernon still led 37-14.

WD Mohammed won the fourth quarter, but it wasn't enough to track down the Mustangs, who snapped a six-game losing streak with the win.

Emily Bloodworth led the team in scoring with 14 points.

Katieanne Peterson was also in double figures with 11 points.

The Mustangs return to action on Tuesday night, Feb. 4, taking on region rival Galloway in the second round of the Region 5-1A Tournament.

Tip-off against the Scots is scheduled for 6:30 p.m. at Galloway's Gymnasium.