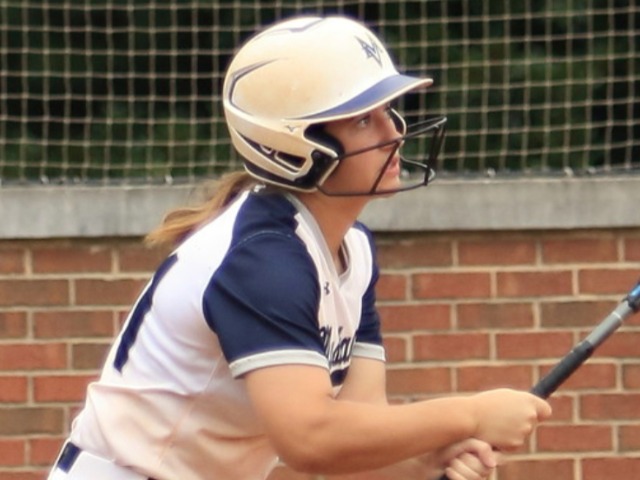 The Lions struck first, scoring a run in the bottom of the second inning to take a 1-0 lead.

After three scoreless frames, the Mustangs got on the board in the top of the sixth inning to tie the game 1-1 on fielding error by the Lions that scored Savanna Messner.

The contest would go into extra innings with Mount Vernon breaking through in the top of the ninth inning to score five runs to take a 6-1 lead.

Later in the inning, Kendall Slayden doubled to score Messner and Grace Westmoreland singled to bring in Slayden.

The Lions added a run in the bottom of the ninth, but it wasn't enough in the end.

Westmoreland picked up with the win in the circle for the Mustangs.

The freshman tossed seven innings, allowed one run on four hits while striking out four batters.

With the win, the Mustangs take the season series against Christian Heritage 2-0.

Mount Vernon is now guaranteed a share of the Area-3 Championship.

The Mustangs (15-3) will host the second round of the GHSA Class-A Private State Tournament on Oct. 23-24.

Opponent and game times will be announced in the coming days.

Check www.mountvernonathletics.com and @MV_Athletics on Twitter for updates on the Mustangs in the State Tournament.