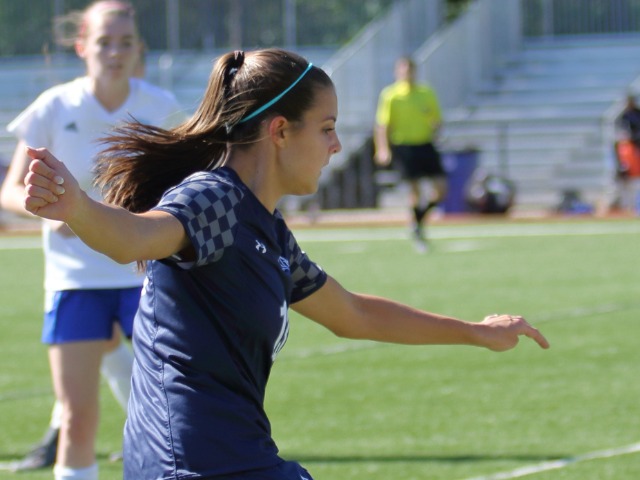 The Mustangs scored first in the opening period at the 38:57 mark when Emma Markland assisted Audrey O'Toole for a 1-0 lead.

In the second half, the Mustangs poured on the offense, scoring six goals while allowing just one.

Ella Parker and Markland assisted O'Toole for her second a third goals.

Emily Raeside punched in two scores with less than 15 minutes to play with assists from O'Toole and Taylor Keller.

Keller also scored an unassisted goal with 5:19 play in the match for a 6-1 Mustang lead.

The final score of the match came with 3:10 remaining on a Raeside assist to Lindsey Franklin.

First kick is slated for 6 p.m. in Johns Creek.