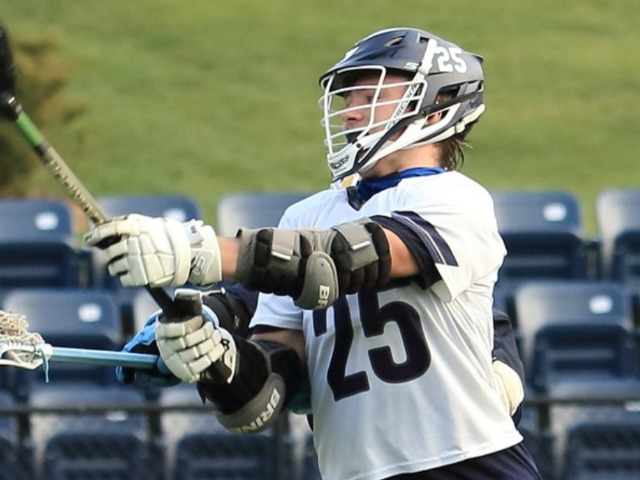 ATLANTA - The Mount Vernon varsity boys lacrosse team reached a program best three wins in one season as a result of defeating the 5A North Springs Spartans 16-10 on Senior Night at the Upper Campus Stadium Field on Wednesday, April 21.

The Mustangs trailed 4-1 early in the first half but battled back to lead 11-6 at intermission.

Mount Vernon would outscore North Springs 5-4 in the second half to earn the victory.

Will Palmer played the first half at attack and led all scorers with six goals and an assist.

Will played the second half in the goal and finished with three saves while allowing three goals to preserve the win.

Cole Palmer finished with a career high five goals and chipped in one assist as well.

Cole Allison also had a strong game with three goals and an assist.

Erik Dodder chipped in two assists and won 12 of 19 face-offs. He also scooped up a game high six ground balls.

Dodder, Chris Hardie and Brian McWilliams were all honored at halftime as part of the Senior Night celebration.

The Mustangs are back on the field to close out the 2021 season on Friday, April 23, hosting Fellowship Christian.

Face-off against the Paladins is scheduled for 4:30 p.m. at the Upper Campus Stadium Field.