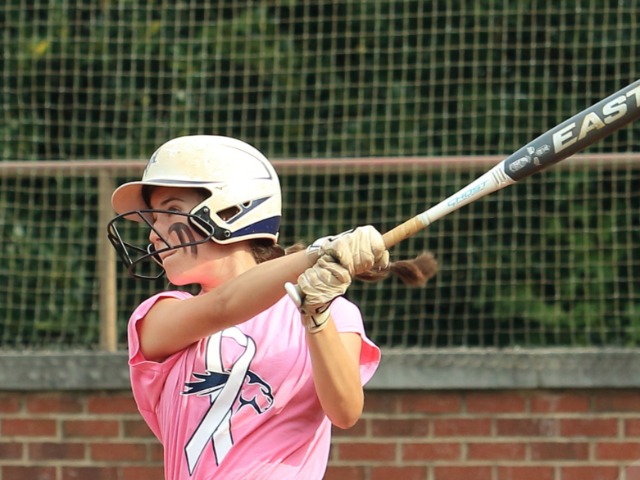 The Mustangs outhit the Eagles 13-1 en route to the win.

The Mustangs scored four runs in the first inning, one run in the second and seven in the fourth to bring the run rule into effect.

Savanna Messner finished 2-for-2 with three RBI's, including a two-run home run in the bottom of the first inning.

Kennedy Reynolds was 3-for-4 with two RBI's and scored three runs as well.

Kate Christian had the game winning hit in the bottom of the fourth inning that scored Ruby Burnett and Reese Hickey to put Mount Vernon ahead by 12 runs.

Jane Holliday, Hickey, and Burnett each had one RBI in the Mustang triumph as well.

Grace Westmoreland picked up her seventh win in the circle for the Mustangs.

The righty allowed just one hit while striking out eight batters over four frames.

The Mustangs (8-1) are back in action on Thursday, Sept. 9, traveling to face North Cobb on the second part of a back-to-back.

First pitch against the Eagles is scheduled for 4:30 p.m. in Kennesaw, Ga.