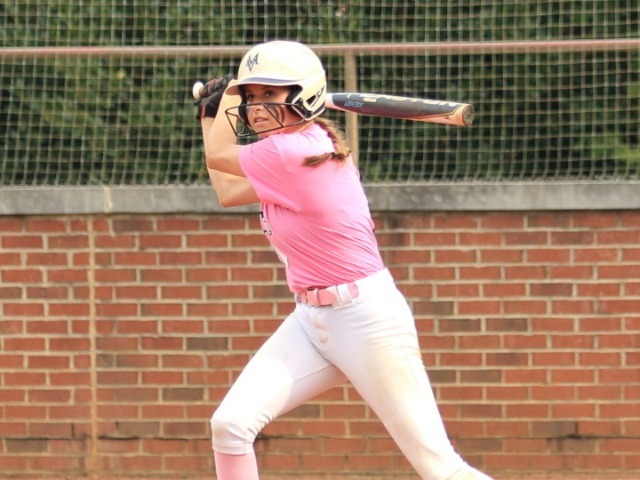 ATLANTA - The Mount Vernon varsity softball team continued its winning ways over the weekend, defeating the Westminster Wildcats 15-0 and the St. Pius Lions 4-0 on Saturday, Sept. 11 in a round-robin hosted by St. Pius.

In the first game of the day, the Mustangs scored 15 runs in four innings while allowing just three hits to Westminster to take the game in four innings.

Jane Holliday and Kendall Slayden each had three RBI's in the victory.

Grace Westmoreland had a strong showing at the plate against the Wildcats, scoring four runs to lead the Mustangs.

Hickey (3-0) picked up the win in the circle for the Mustangs.

In the second game of the day against host St. Pius, Westmoreland threw her third no-hitter of the 2021 campaign.

The righty pitched a complete game (seven innings) with a whopping 12 strikeouts on the day.

Kennedy Reynolds, Messner, Holliday and Hickey each had one RBI in the Mustang triumph.

Bella Dishman, Westmoreland, Slayden, and Hickey each recorded two hits as the Mustangs outhit the Lions 10-0 on the day.

During Mount Vernon's current streak, the Mustangs have outscored opponents 93-6.

The Mustangs have also recorded five consecutive shutouts as well.

The Mustangs return to the diamond on Tuesday, Sept. 14, hosting 2020 1A Private State Champion Mt. Paran.

First pitch against the Eagles is slated for 5 p.m. at the Upper Campus Softball Field.