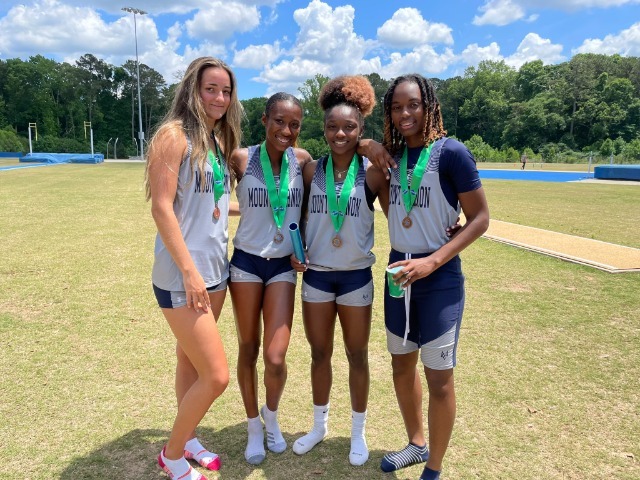 POWDER SPRINGS, Ga. - The Mount Vernon varsity track and field team was in action over the weekend, competing in the GHSA Class-A Private State Championship at McEachern High School.

She also became the fourth 300-meter hurdler to win a State Championship in school history and is the second to do so as a freshman.

Nagari Tophia placed in the Top 5 in the boys 400-meter run as well.

Tophia set a new school record in the event and was Mount Vernon's first 400-meter state finalist since 2012.

Collin Maher, who finished in the Top 8 in the Boys 800-meter, became the second runner to break the two-minute barrier in school history.

Congrats to all of the Mustangs on a terrific 2022 season!

For more information on Mount Vernon athletics, visit www.mountvernonathletics.com and follow @MV_Athletics on Twitter for up-to-the-minute news on the Mustangs.