WINNING STREAK AT THREE AS MUSTANGS KNOCK OFF WHITEFIELD WOLFPACK ON THE ROAD, 8-3 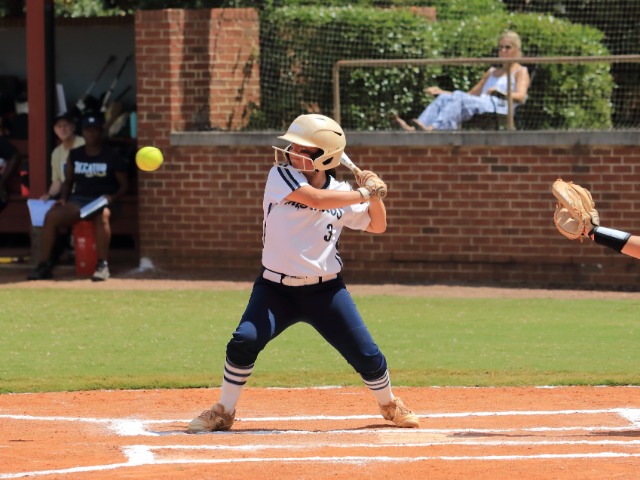 Grace Westmoreland scored on a passed ball to get the Mustangs on the board in the first inning.

After Whitefield tied the game in the bottom of the first, the Mustangs took the lead back in the top of the third on a Reagan Hickey home run to center for a 2-1 lead.

The Wolfpack bit back, scoring two runs in the bottom of the third for a 3-2 edge.

The Mustangs responded with a run in the top of the fourth inning when Kennedy Reynolds reached on an infield single to plate Riley Blatt for a 3-3 contest.

After a scoreless fifth, the Mustang bats broke out in a big way, scoring four runs to take the lead for good.

Lauren Dove scored on a wild pitch, Reynolds singled to plate Blatt and Maggie Moore scored on a passed ball for a 6-3 lead.

Mount Vernon made it a 7-3 game on a Priscilla Andrin sacrifice fly to left field to bring home Reynolds later in the inning.

The Mustangs added an insurance run in the top of the seventh inning when Frances Hunt singled to bring home Reese Hickey.

Reese Hickey picked up the win in the circle for the Mustangs, tossing a complete game with nine strikeouts and five walks while allowing three runs.