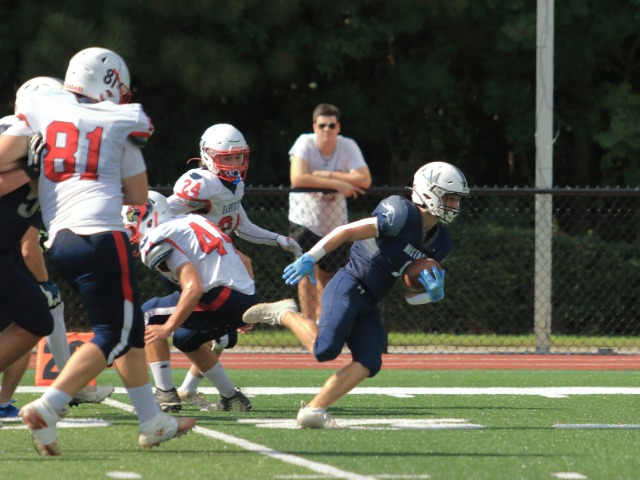 But perhaps the biggest play of the game occurred on the defensive end for the Mustangs.

Leading 49-45 with just over a minute to play, the Eagles were inside the red zone looking to steal the game away.

But Jack Schimelman poked the ball away from the Eagle carrier and Keith Williams fell on the ball to recover the fumble and secure the victory.

The Eagles jumped out to an early 21-0 lead in the first quarter when Nick Germain scored the first three touchdowns for Mt. Paran within the first five minutes of the opening period.

The Mustangs got on the board when Sam Nazarian found Ben Spitz from 84-yards out with 6:50 to play in the opening quarter. Nathan Webb tacked on the extra point for a 21-7 game.

After the defense held strong, the Mustangs scored again with 2:30 to play in the first frame when Nazarian connected with Schimelman for a 47-yard score. Webb was successful on the PAT to make it a 21-14 game at the end of the first period.

The second quarter saw both squads share a pair of touchdowns.

Spitz hauled in another touchdown, this one from 49-yards, and Cole Palmer caught a pass in the end zone from 9-yards out to keep the Mustangs in it, down 35-28 at intermission.

Mount Vernon received the ball to start the second half and methodically drove the length of the field in seven minutes resulting in a game-tying reception by Jonathan Gallinaro for a 5-yard score.

The Eagles took the lead right back when Germain broke through a series of tackles for a 56-yard rushing touchdown, giving the Eagles a 42-35 lead with 3:52 to play in the third quarter.

Mt. Paran pushed the lead to ten just seconds into the final quarter when Jacob Brackman nailed a 35-yard field goal for a 45-35 contest.

The Mustangs would end the game on a 14-0 run before getting the game-winning stop on defense.

Liam O'Toole scored on a 53-yard rush and Nazarian rushed in a touchdown from 4-yards.

Nazarian finished the game 21-for-30 with 361 yards and five touchdowns.

O'Toole led the squad in rushing with 13 carries for 83 yards while teammate Spitz finished with four receptions for 150 yards.

The Mustangs (2-1) are back in action after a 'bye' week, hosting Tattnall Square Academy for Homecoming 2022 on Friday, Sept. 16.

Kickoff against the Trojans is scheduled for 4:15 p.m. at Ron Hill Field. 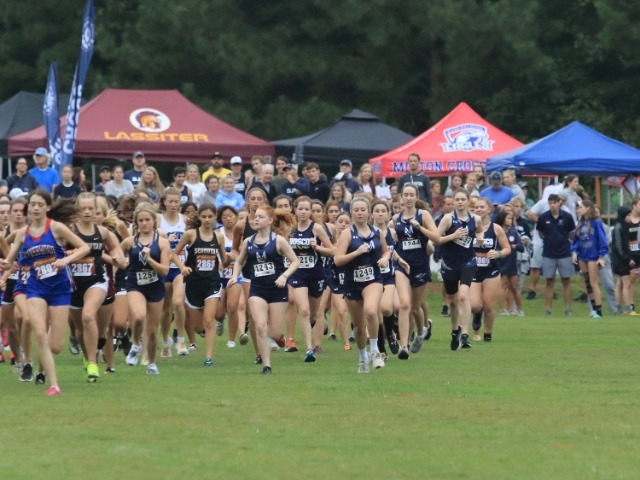